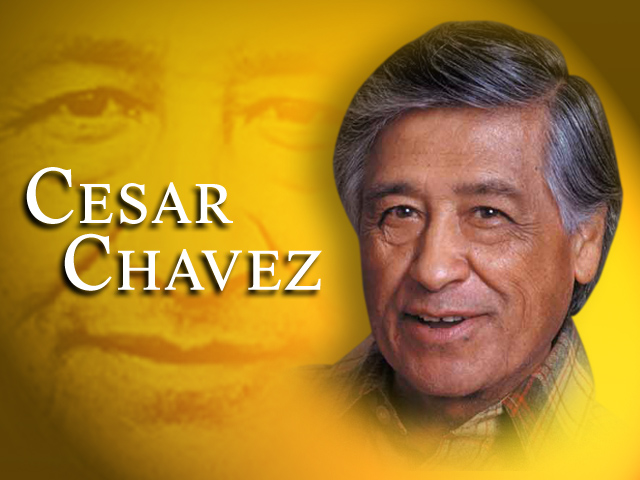 César E. Chávez (1927-1993) was one of the most effective labor organizers of the modern era. Born in Yuma, Arizona, Chávez became active with the National Agricultural Workers as early as 1946. He formed the National Farm Workers Association in 1962. Three years later, the boycott of grape growers that he organized brought support from civil rights leaders and other unions and boosted the profile of farm workers.

Chávez’s United Farm Workers became an AFL-CIO affiliate and won pay and benefits improvements for members. Chávez brought public attention to issues like pesticide exposure and education, which had a direct impact on his members. A follower of the nonviolent philosophy of Mahatma Gandhi, Chávez brought a new moral tone to labor organizing. “Our dignity,” he stated, “meant more than money.”_